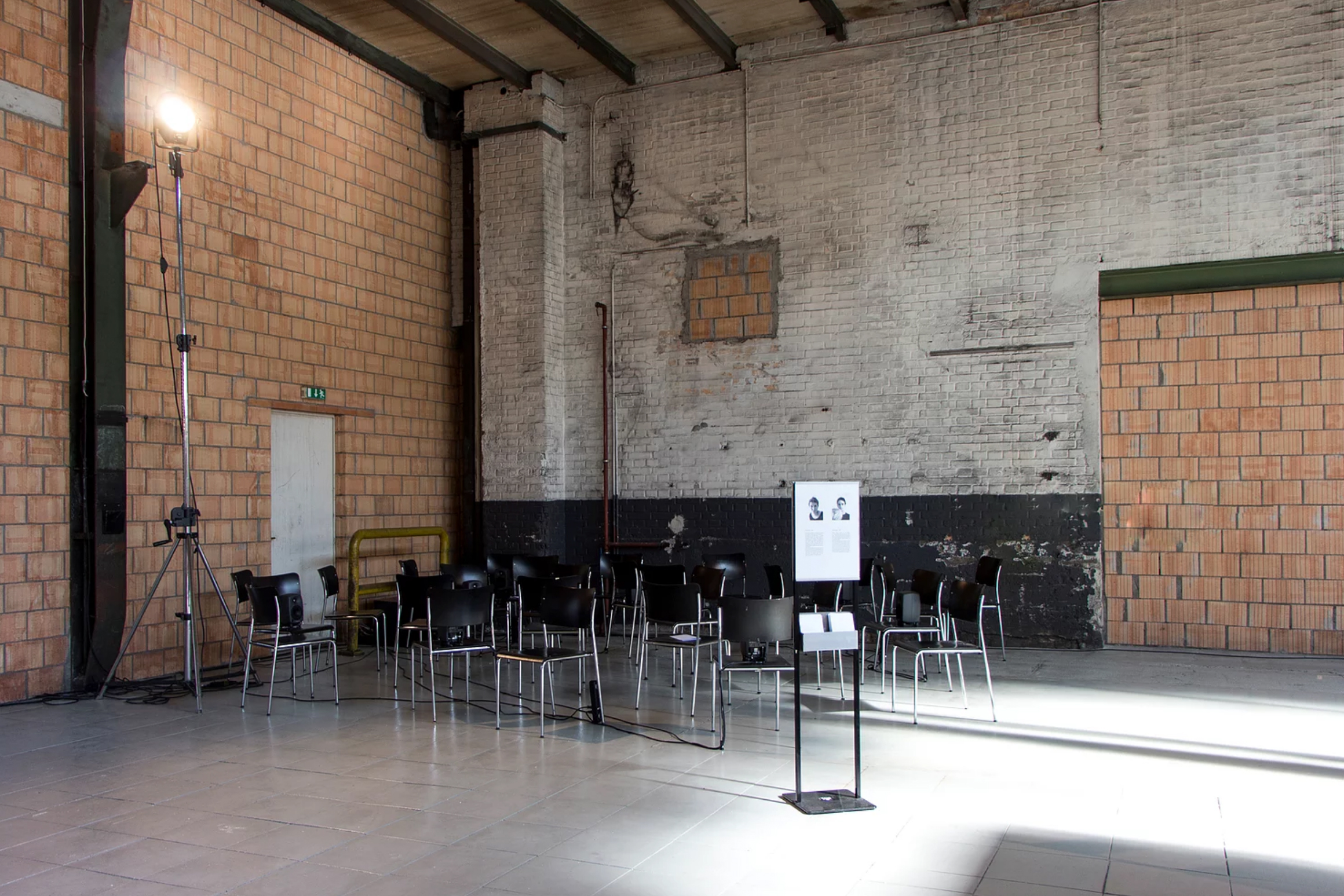 The installation consist of a cluster of black chairs on which a total of eight speakers is arranged. The speakers play sound recordings of spoken word poems in a loop of 20 minutes. Through displacement, overlay and contradiction of the different tracks, new layers of narration are achieved. The viewers can enter and move through the installation and place themselves in it, thus gaining a new perspective on the way the different sound sources function as a whole.
All poems study the nature of relations through the use of mathematical and linguistic practice, questioning dualisms such as unity and dichotomy, order and disorder, dependence and independence. For further explanation of their functionality, the texts are represented through graphic charts and diagrams in a booklet.
As the connection between each poem and the chart that is their counterpart is not indicated, visitors are encouraged to listen closely and try to understand the systematic structure behind the poems in order to find their visual representation. 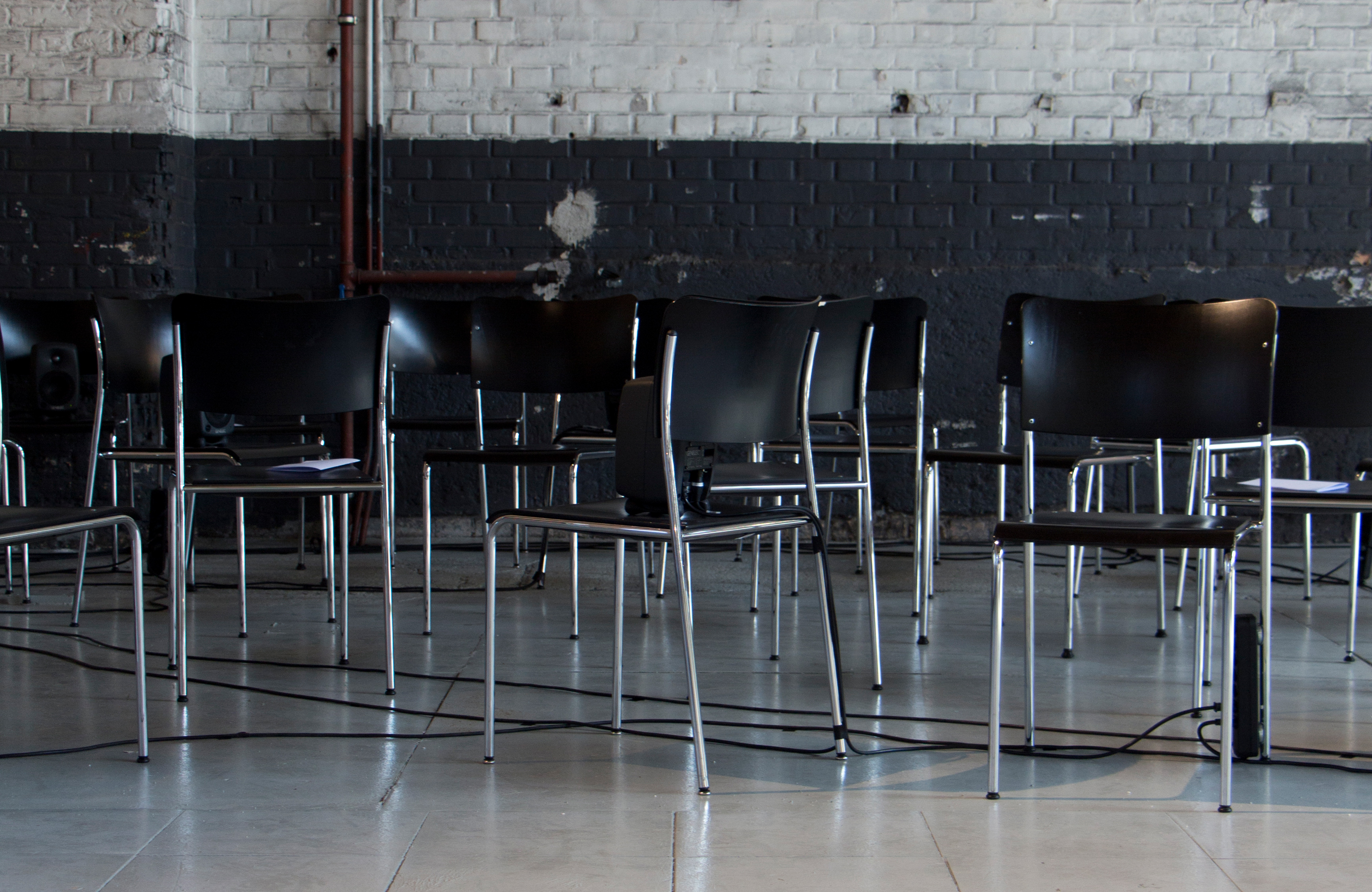 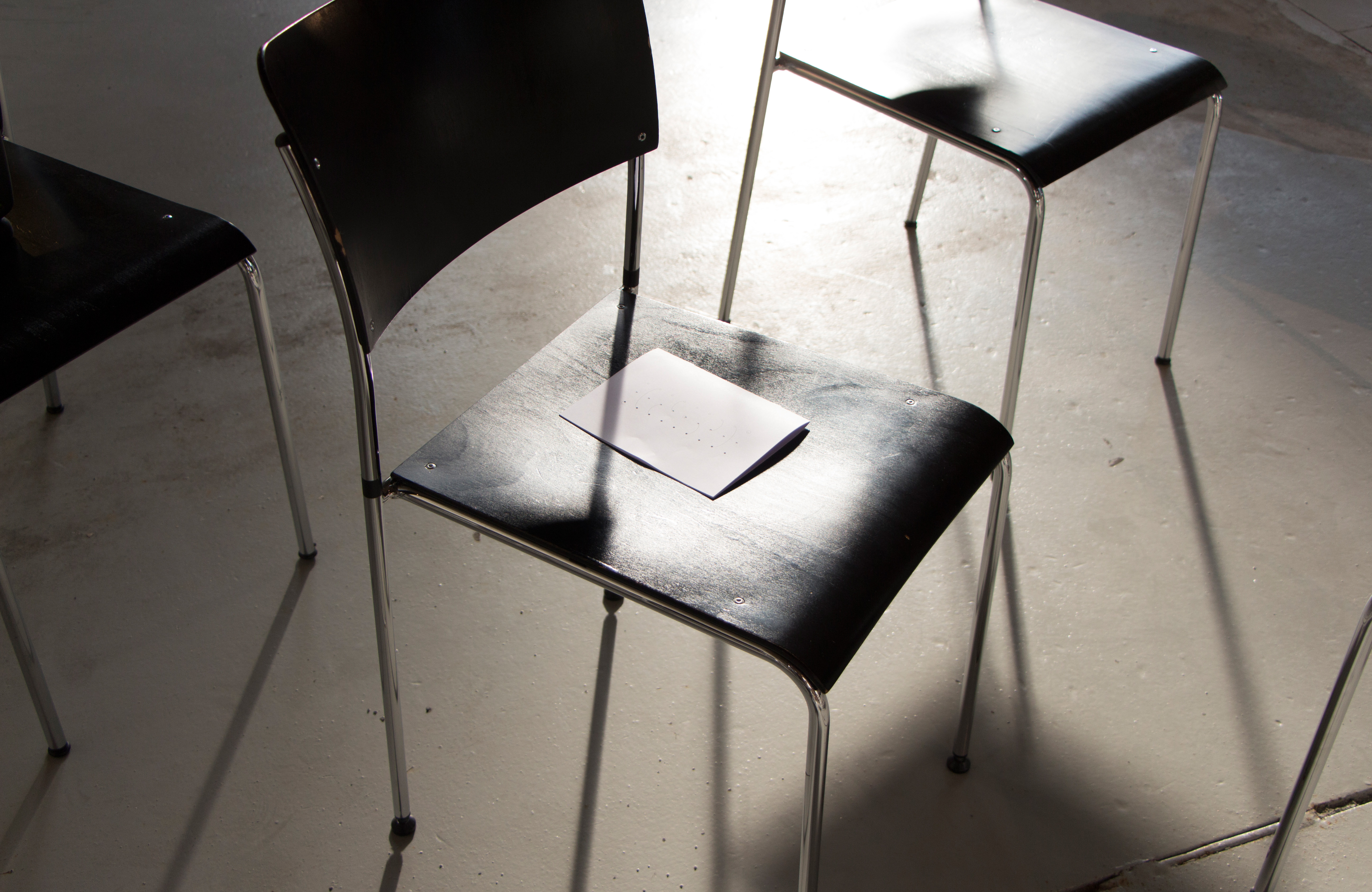