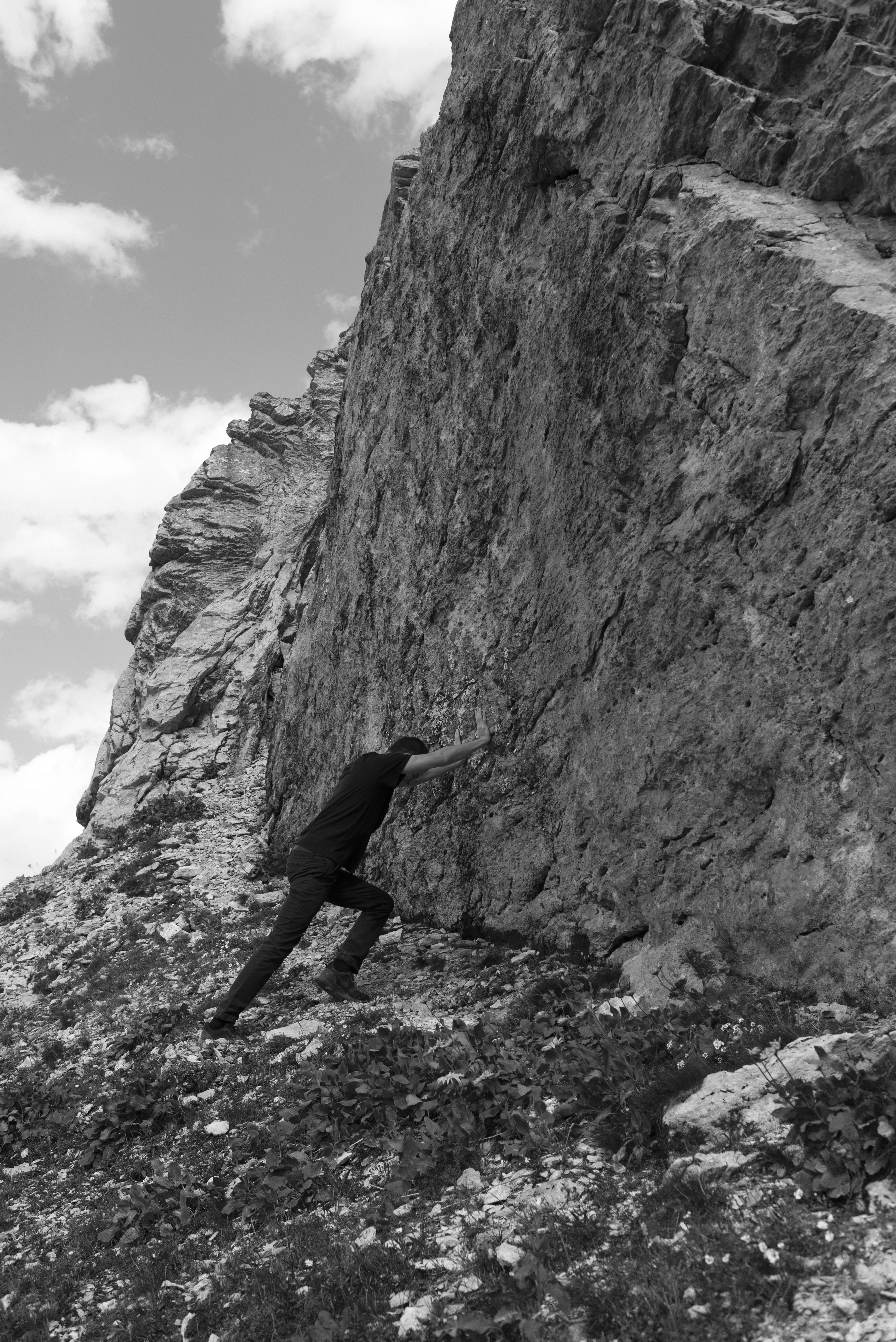 ‍North Face is the photographic trace of an artistic intervention that was staged by the artist in 2017, traveling to the Swiss mountains to the foot of the Eiger North Face (3970 m) to attempt to move it by pushing against it for one and a half hours. In a trial of strength the artist confronts nature trying to take part in the formation of a geological structure that was shaped about 34 to 23 million years ago, in the Tertiary era, when the African tectonic plate collided with the European tectonic plate. The artist’s effort, documented by a large format photograph, serves as a questioning of our relevance in a confrontation of human strength against geological force.