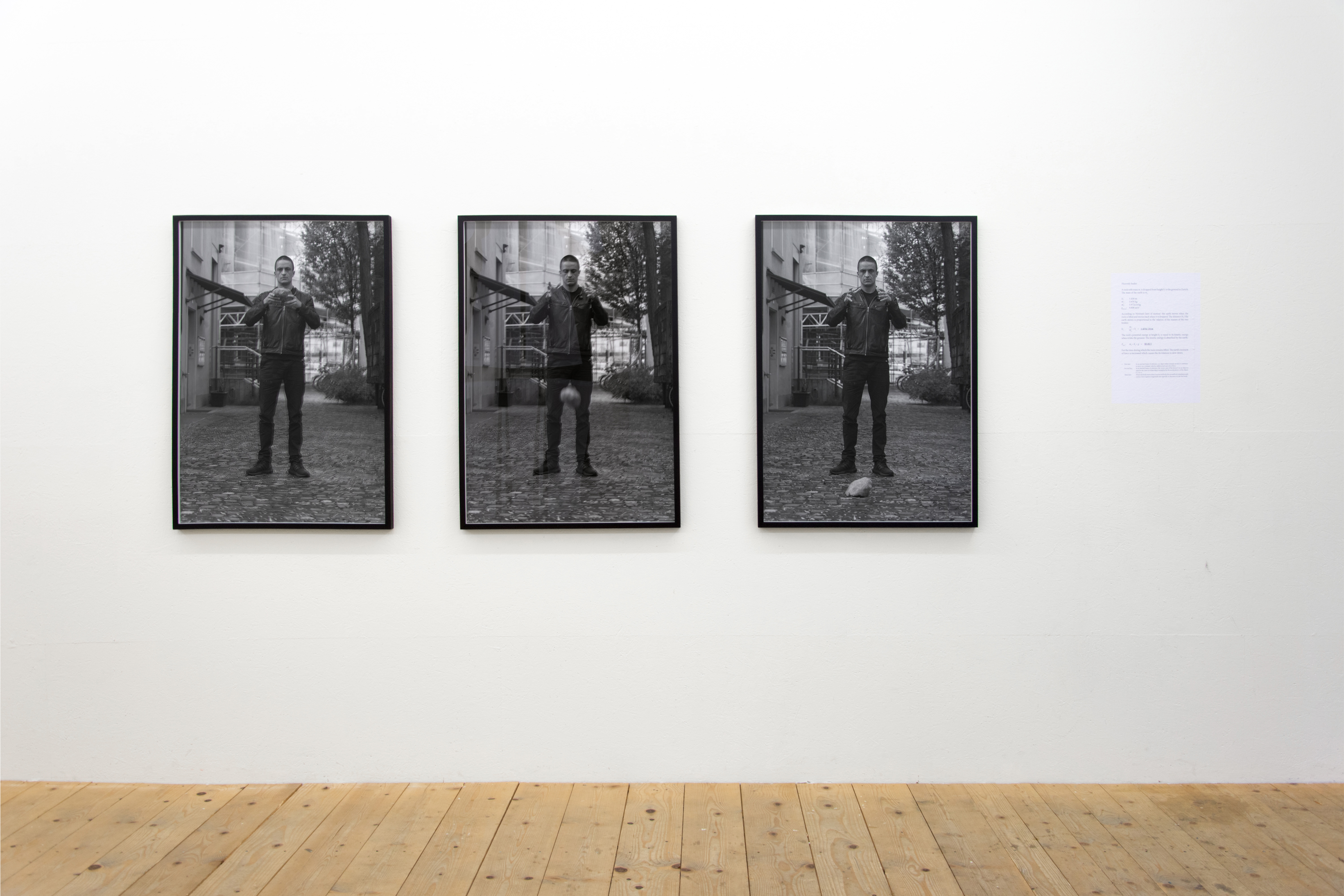 Three large scale monochrome photographs show the artist making a simple gesture; dropping a rock, letting it fall to the ground. A sheet with calculations installed on the wall next to the series gives insight into the physical consequences of this experiment. Making a reference to Newton‘s laws of motion, it claims that the earth moves when the rock is lifted and moves back when it is dropped.
In the same sense that nature and culture can be seen as separate systems or as parts of each other, the artist conducting the experiment can also freely decide to either understand the rock and the earth as two different bodies or as parts of one. The practice of defining what parts of an observed system are of interest is more inherent in physics than it is in geography or geology. 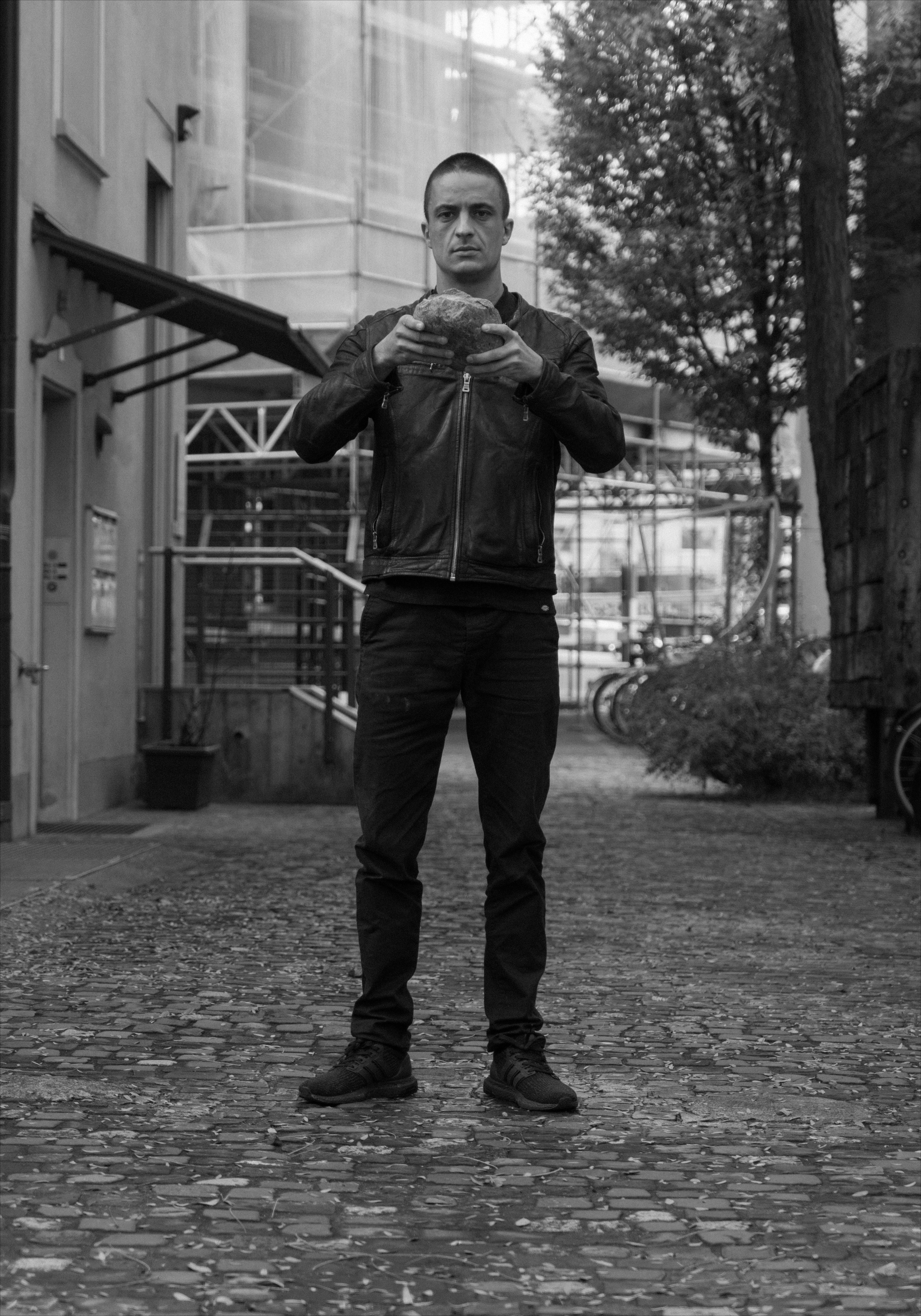 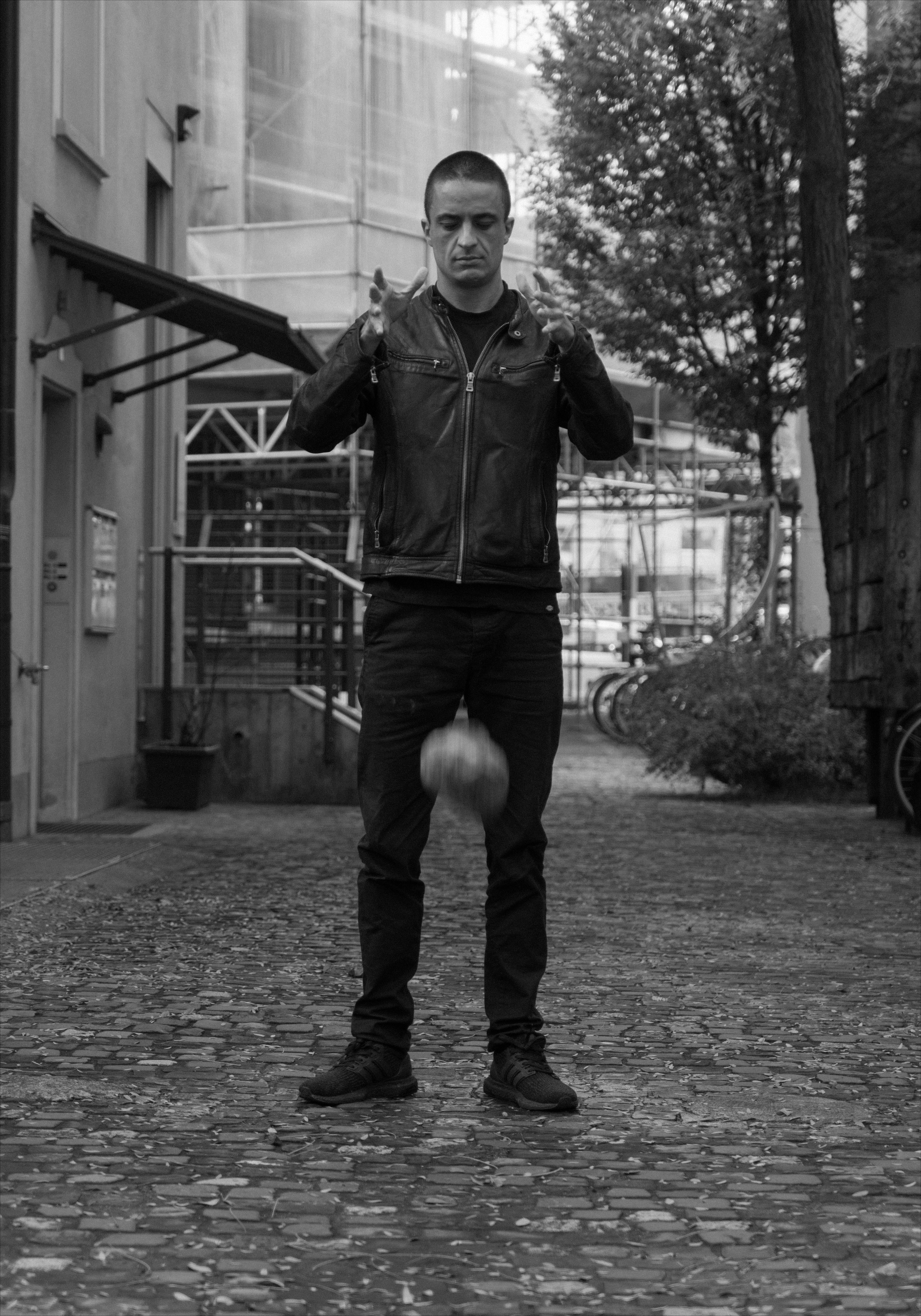 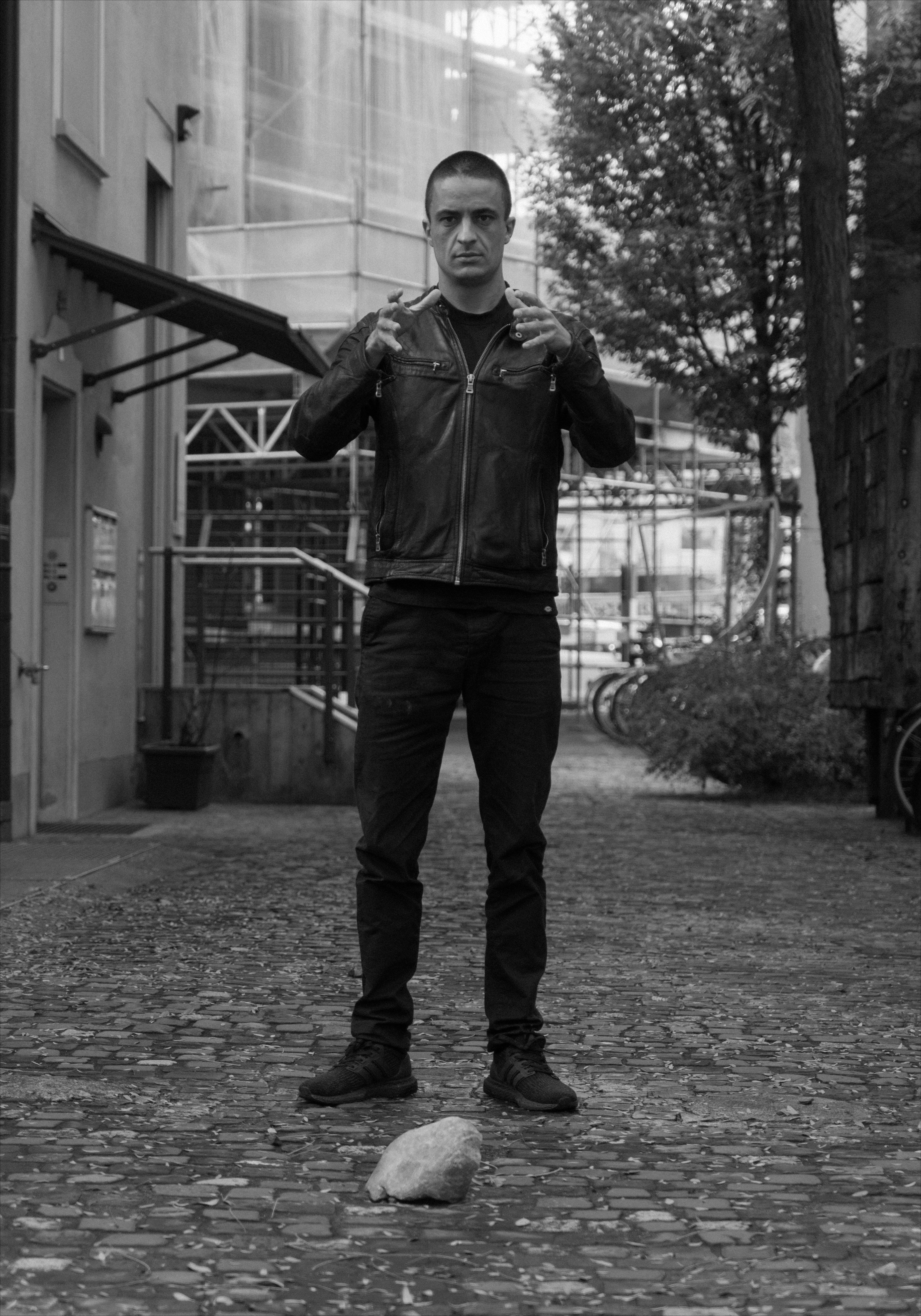 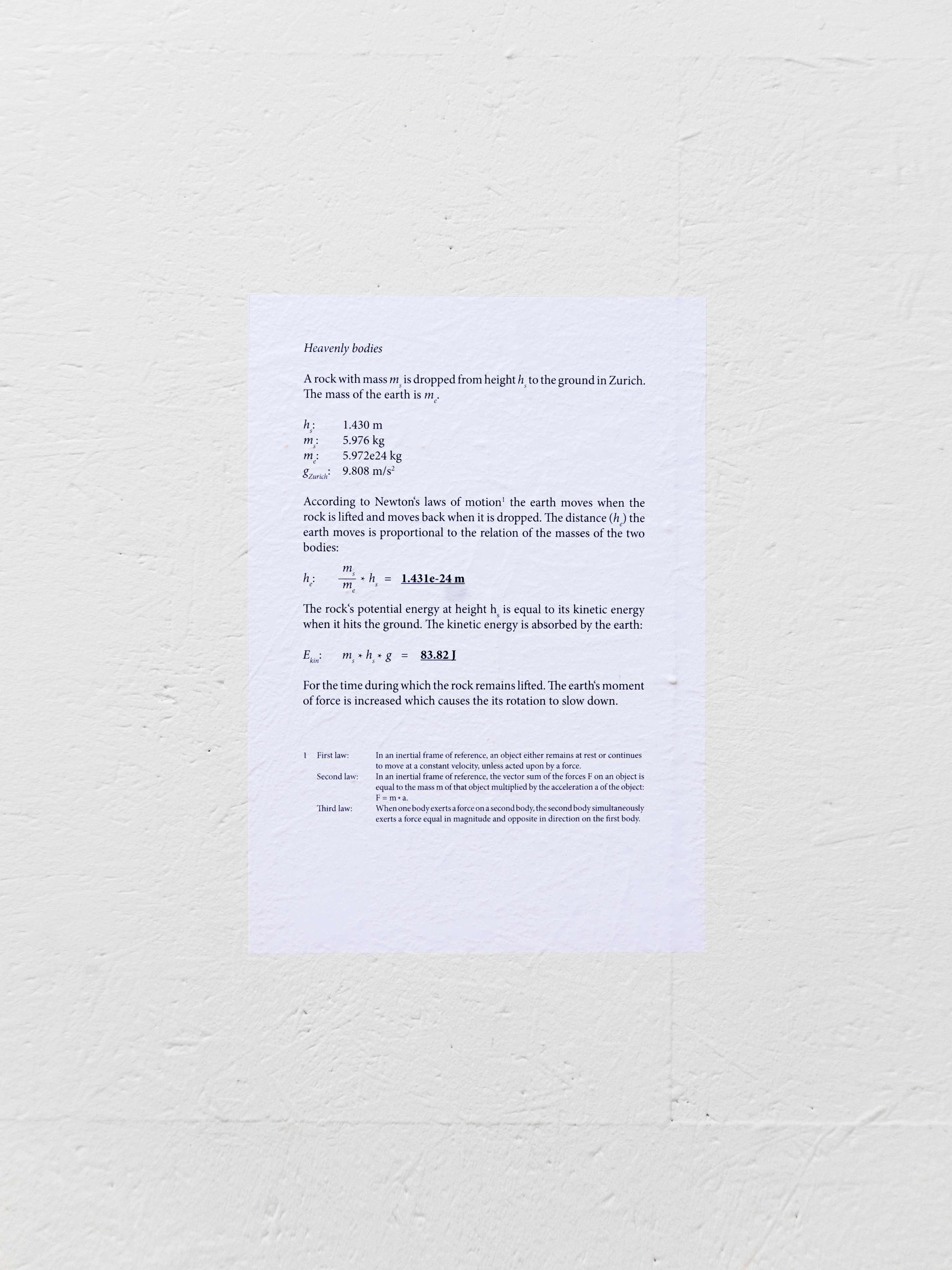