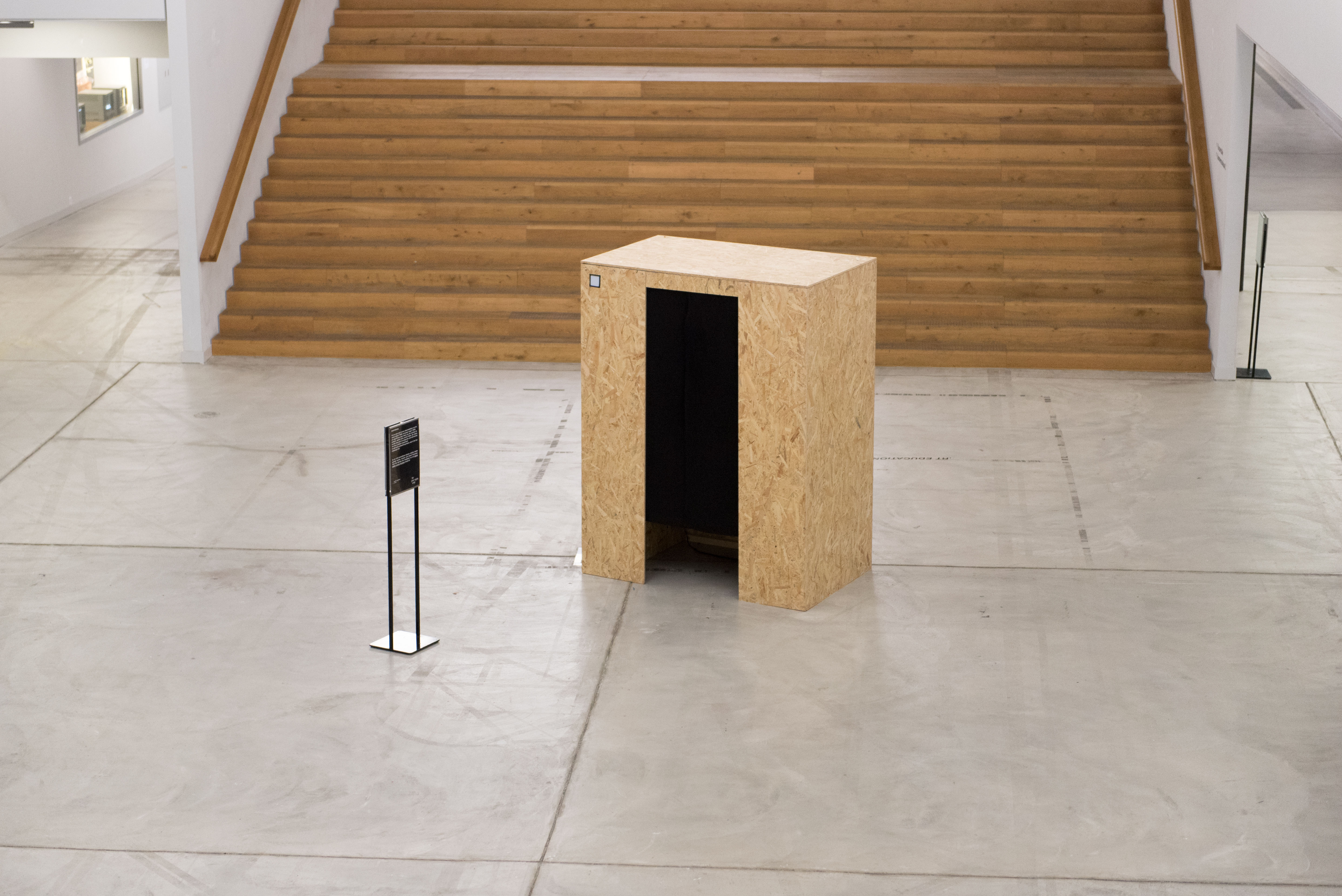 for your eyes only, Toni Areal, Zurich, Installation view, 2017

for your eyes only
Collaboration with Fernando Obieta
2017

Making use of an algorithm, for your eyes only searches the YouTube database for videos that have no views and have never been watched by anyone, not even the people who uploaded them. There is no record of the videos that are shown within the installation, everything people who enter the booth will see is for their eyes only.
An irritation that often occurred was the discrepancy between the audience‘s expectation and what the installation showed to them. Since YouTube is normally used for consuming content that has already gained great attention, it turns out to be confusing to watch content that nobody seems to care about.
In times when a large part of a society producing massive amounts of digital data has not consciously experienced an era where the production of image, video or sound was predominantly analog, it gradually becomes more difficult to get a feeling for amounts of data. Previously to the installation of for your eyes only the artists distributed posters in the building offering information on YouTube as a company as well as a database. While the posters layed a rational groundwork, the installation made the sheer amount of (unwatched) data on YouTube tangible on an emotional level.

for your eyes only, Toni Areal, Zurich, Installation view, 2017